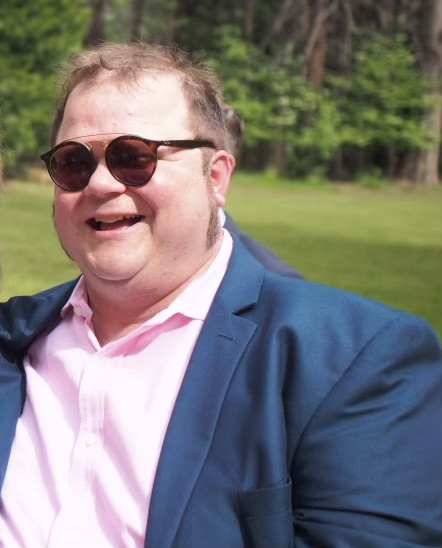 Situated roughly ‘midway’ between Portland’s Willamette River and Mt. Hood, the Midway Business District stretches from I-205 to SE 174th Avenue. As District Manager for the Midway Business district, Rich Reece was surprised at how big it is. “It’s right around 12 square miles or just over half the size of Manhattan,” Rich says. And even though it seems big, Rich is discovering that many of the people choose to live and do business there because of the small-town feel.

When asked what he felt was the heart and soul of Midway, Rich said “Definitely the people. They’re Portlanders through and through, but I feel like I see more families than you might see closer in.” He feels like this makes Midway feel more authentic. “There are doctors, grocery stores, insurance agents, and restaurants. It’s a nice place to live and still have access to the denser parts of the city.”

This year Rich is focusing on getting in touch with as many businesses as possible and finding out what is most important to them and how the Midway Business Association can help. Rich is getting more people involved and focusing on deliverables to the community.  His goal is to have a closer-knit network of businesses by the year’s end, and he is committed to raising awareness of the area throughout the rest of Portland metro. “I want to create a group that feels heard by the City and County and has a better definition of its own identity,” Rich says.

Rich was born and raised in Oregon and has a lot of pride for his home state.  As with most Oregonians, Rich has a diversity of talents and interests. He holds 3 different degrees and is also a licensed pilot, an accomplished drummer, and an avid reader.  Finding his moment of Zen in listening to Steely Dan’s song “Peg,” Rich says “I’m just a lifelong Oregonian who won’t give up on Portland.“